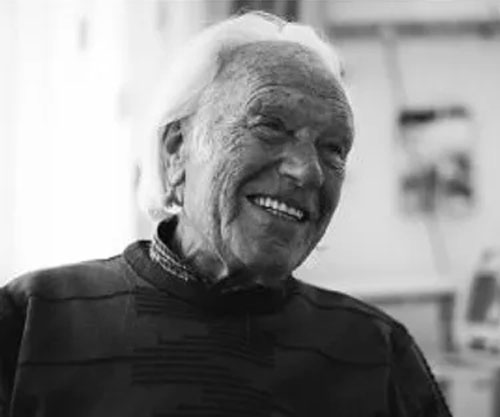 DOARDO DANIELE VILLA was born in 1915 in Italy. He studied sculpture at the Scuola d’Arte Andrea Fantoni. During the Second World War, Villa was captured by English forces and hospitalised in Egypt, and then sent to South Africa as a prisoner-of-war. Expanding on his art practice, Villa began to start making sculptures again and decided to remain in South Africa, building his career as a sculptor, mastering bronze and steel.

Based in Johannesburg, Villa continued to push the boundaries of sculpture, becoming one of the first abstract sculptors in a South African art scene that was dominated by 1950s figurative styles. His exploration of ‘African-ness’ became significant, as the Highveld landscape become a reoccurring theme – highlighted by sharp edges and flat planes casting shadow on in his work (Berman, 2005). Villa’s friend, Douglas Portway, and the influence of Cubism inspired Villa to start welding pieces of metal together. This allowed Villa’s experimentation to grow and he mastered the bending of metal, generating a new formal language inspired by many African works that follow geometric forms.

Villa became a member of the Amadlozi group, which consisted of Cecil Skotnes, Sydney Kumalo, Giuseppe Cattaneo and Cecily Sash. Villa’s friends, the collectors Egon Guenther and Vittorini Meneghelli, hosted an exhibition for the Amadlozi group in Rome, Milan, Florence and Venice. Villa continued to create art and is a prominent figure in South African modern sculpture. He represented South Africa at the São Paulo Biennale as well as in the Venice Biennale on five occasions, being a member of the South African Arts Association and the South African Council of Artists.